on a journey past truck stops, drive-thru’s, and fake food I’m heading to San Antonio, TX

I found Green Vegetarian (which has two locations) on the last trip down to San Antonio.

The menu is small, but the portions are perfect. The joint is decorated with support collateral encouraging you to “ride your bicycle”, and its entirely meat free and gluten-free. Green is a cute cafe in a strip center with fresh choices; on the other hand if you’re looking to indulge, they do have a deep fried section of the menu. I opted for the BBQ sandwich and Jasmine rice.

I wanted so badly to sink my face into the gluten-free cupcakes, but the sugar content was beyond measure. ‘Thank you’ to my lovely server who helped answer my query before I went into a blood-sugar coma. I did sample a couple (two years ago) before I had to kick my sugar habit. But hey, if you don’t suffer from an over-production of insulin, definitely try the cupcakes.

On Day 2, en route to the north side of town, the GPS barely gave me enough time to slow down and make the turn into this tiny parking lot for Vegeria. I was already excited as I climbed the stairs up to the wooden deck of this adorable little house. Already mentally preparing myself for an amazing menu, which I glanced at before I left the hotel, I was happily detoured by a sign that read ‘Customer Appreciation Day’.

Inside this nine-table bar sits a dessert case and a small buffet line, with delicious vegan Tex-Mex.
The Root Vegetable Taco was my absolute favorite.The gentleman at the counter informed me they had grown copious amounts of beets over the season, so they’re basically added to everything; the colorful veggie made it a literal “pink taco”. You gotta check out one of the “10 Best New Restaurants in San Antonio” for the Oh-My-Not-So-Honey Quinoa Salad or the Ginger Kale; not sure if that one’s a regular menu item, but mega drool-worthy. 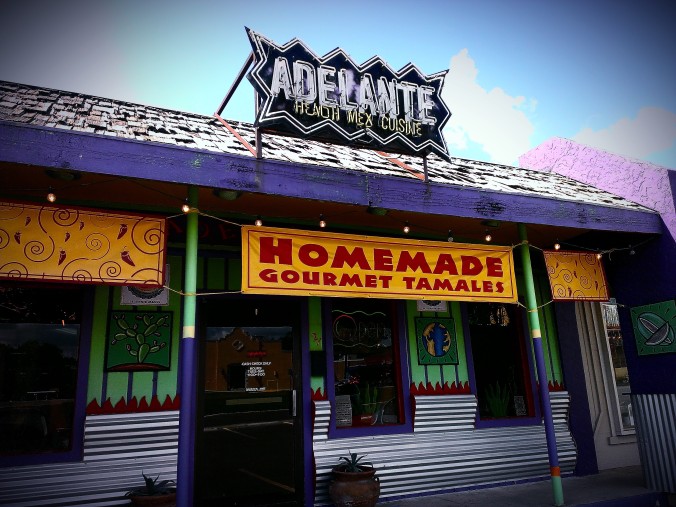 a shiny beacon of deliciousness

Alamo Heights is home to this San Antonio Health-Mex restaurant; in fact, its been here for over 31 years and I’m still trying to wrap my head around why their Facebook page only has 145 likes.The exterior and interior, provide a warm welcome and are quite bright, so anyone passing by should be naturally curious. I walked in at 4:00p on a Tuesday, so I had the whole place to myself on Day 3. No complaints here.

The menu reads “Enlightenment, one taco at a time”, and they undoubtedly delivered on that promise. Make sure to grab cash before you head to Aldelante, though because its either that, or a check.

They make fresh tamales–daily–for vegetarians, vegans and meat eaters alike. I had a sampler that included a tamale, enchilada and a veggie taco. All were perfect, but my heart belongs to the Southwest Poblano Enchilada–without question. 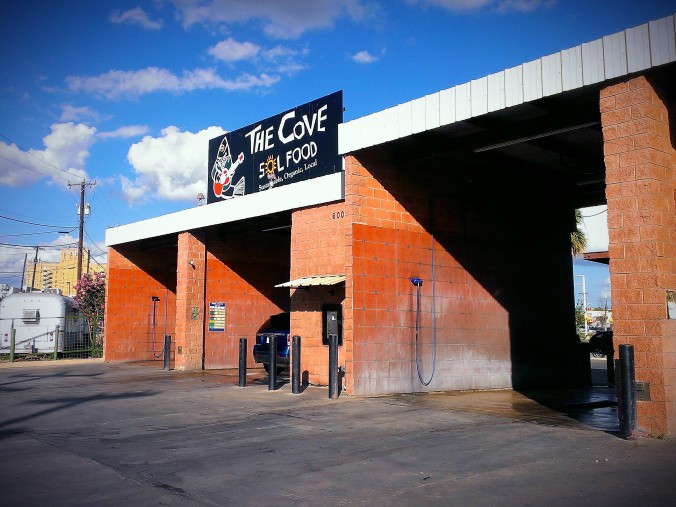 On the last day of my Food Tour of San Antonio I got lost for about 15 minutes looking for The Cove, but the wait was most certainly worth it! Set up in an old oil lube and working carwash, The Cove Sol Food is my most favorite on this tour de noms. SOL is actually an acronym for Sustainable Organic Local. Since 2001 they’ve been inspiring the masses to “Eat well, live well”.

AND a working laundromat 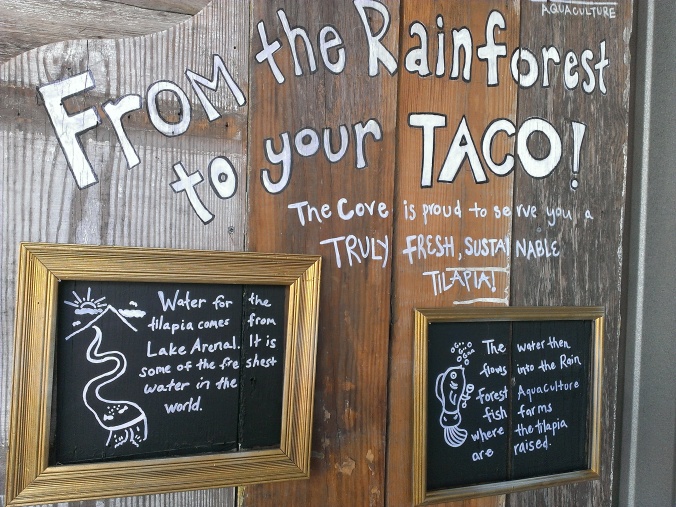 The line is forming out the door to reach the counter where you place your order, grab your number and grab your seat. It’s only 6pm on a Wednesday and this place is already hopping. With an outdoor patio, bar, playground, (and an all around cordial atmosphere) all ages are welcome to gather.

could be a righteous party at any moment

I just couldn’t decide what to get because everything looked so damn good, so I settled on Beet Salad to start, a Vegan Bacon Cheese Burger and the Spicy Green Beans. I was already strapped with a to-go box by the time I reached my seat. All absolutely delish, by the way.

I’m hanging my hat up on the promise of another visit (hopefully sooner than later) to good ol’ San Antone, thanks to my new found confidence that not everything in this town is centered around meat and lard (thankfully and appreciatively). Adios!

You can see all the locations on this handy map here

all of the things

more of the things

My Tweets
Cooking with a Wallflower
alifemoment

FUELING AND NOURISHING OUR BODY WITH PLANTS!

Where fashion, fitness and (vegetarian) food collide. And champagne, obvs.